Royal Caribbean - Liberty of the Seas 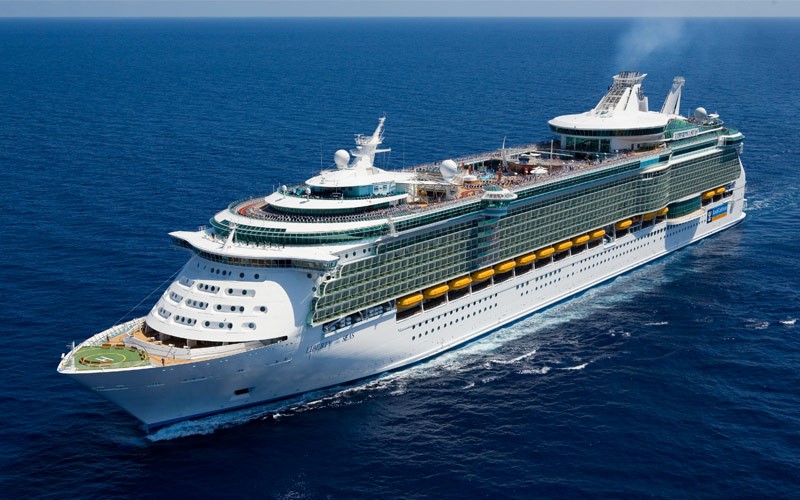 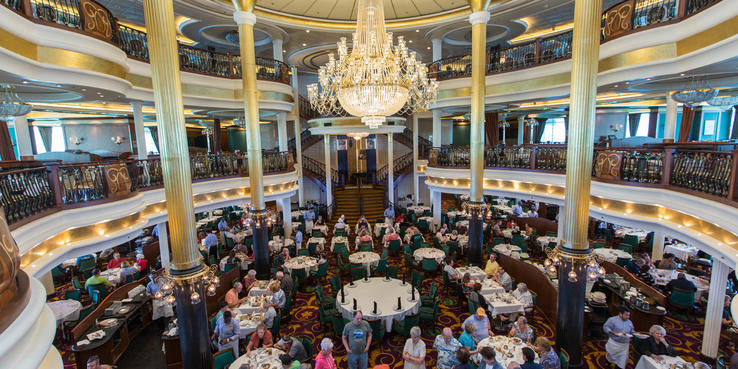 Liberty of the Seas Entertainment & Activities

Beyond the cruise industry standard offerings -- R-rated comedians, the Love and Marriage Game Show, mind-numbing amounts of bingo and karaoke -- Freedom- and Voyager-class vessels feature cruising's only ice rinks, known as Studio B. Passengers can watch a group of earnest skaters making the best of the small, choppy ice surface, balancing admirably at the mercy of the ship's potential for random shudders. Given the circumstances, we found ourselves rooting for the skaters not to fall and encouraging them when they did. Ice show tickets are free, but they need to be obtained in advance; check your Compass for details on your sailing.

The Platinum Theater features the ship's nightly production spectacles, including "In the Air," a Cirque de Soleil-style offering where little of the action takes place on the stage. In early 2011, the West End production "Saturday Night Fever: The Musical" debuted in the theater. This celebration of all things 1970's went over very well. A slightly abridged version had the audience dancing in the aisles.

During the day, cruisers have any number of typical activity options -- sexy legs contests, trivia, family pool games, seminars on teeth-whitening and attaining flawless skin, wine-tasting -- the majority of which are based around the open-deck pool areas, the spa and the Deck 13 aft sports area, which houses the rock-climbing wall, FlowRider, sports court and mini-golf course. But, a ship with such endless choices couldn't possibly limit itself to simply the status quo. One of the more unique offerings is the D.J. class hosted by Scratch DJ Academy. Check your Compass for times.

Casino Royale makes no claim to be the largest at sea, but its 308 slots and 19 tables provide more than enough real estate for gamblers. Common favorites like blackjack, Caribbean stud poker and roulette were always well attended, even in the early morning hours. And, following a relatively popular onshore trend, the casino featured a Texas Hold'em tournament with a $5,000 prize pool for finalists.

On our particular sailing from Miami, there were a lot of Spanish-speaking passengers. There was more high-energy evening dancing in Boleros -- to a poblano-pepper-hot Latin group, Sol y Arena -- than I've ever experienced on a cruise. And, although the Cruise Compass listed the closing hour as 1 a.m., the band certainly went well beyond that, catering to the desires of the clientele.

Note: In Boleros, one side (the side with the dancing and band) is designated for smoking, while the other side is nonsmoking.

Located on the Promenade, The Hoof & Claw is ideal for your casual afternoon cocktail. Its black walls, dark-brown leather seating and romantic images of eloquent English gentry -- see a wealthy paleface holding court, a rider stroking his mare's mane, or an enormous mastiff with sausage links balanced on his nose -- aim for a vibe of sleepy refinement. We found the staff there to be particularly congenial, engaging passengers on a first-name basis in easy conversation. If you're hungry, you can ask for some peanuts to accompany your Murphy's stout (Yank choices also available) or "James Bond" martini.

There is a range of other bars to choose from throughout the ship, including Deck 4's nautical-themed Schooner Bar, Vintage's Wine Bar -- this has been given an elegant refit -- the Champagne Bar, a cigar club for decidedly masculine choices (scotch) and, of course, the popular Olive or Twist (Liberty's iteration of RCI's Viking Crown Lounge), perched atop the ship. The Schooner Bar was a huge hit on our cruise, where the large contingency of Irish folks onboard enjoyed pelting out traditional Celtic numbers led by Darren, the entertaining piano player. A rather bizarre incident occurred one night when Darren chose to take a short break and offered the floor to one Brit who gave us a full rendition of that, um, U.K. classic "Ernie the Milkman," which was met by the sound of tumbleweeds rolling through the piano bar.

Of course, watching the active sporting pursuits going on around the clock make for excellent entertainment, as well. The FlowRider has seats for viewing potential wipeouts and clothing mishaps -- there were, in fact, reports circulating about a woman with tiny bikini top who was warned to put a T-shirt on, insisted on not doing so, and summarily lost her top.

A $30 Booking Processing Fee will be charged at the time of your deposit by Aquafest and billed by parent company CruiseCenter. This fee is non-refundable.

Disclaimer: All advertised events are exclusive to guests who book through Aquafest only. Aquafest Cruises are group events and not chartered vessels. All rates are cruise only and per person, based on double occupancy subject to availability at time of booking. Non-discountable fees and taxes, airfare, air taxes and transfers are additional. Events based on a minimum of 50 group passengers. Pricing and other information may change without notice. We reserve the right to correct errors. Information and pricing are subject to change without notice. All cancellations are subject to a $50 per booking cancellation fee from Aquafest in addition to any vendor cancellation penalties. Trip Cancellation Insurance is strongly recommended for all reservations. More information will be provided to you at the time of booking confirmation. Please contact us for a more detailed description of restrictions, cancellations, and penalties.

Please ask us about rates for Suites, Mini-Suites, and other cabin categories not shown. If you are a PAST PASSENGER, Senior citizen, Military, or have Special Coupon Offers, please advise your Aquafest agent at the time of booking.

© Copyright 2020. All Rights Reserved.
AQUAFEST CRUISES — a division of CruiseCenter.